Our mission is to be a collaborative platform that promotes and guides actions of social investment in education and health, seeking the welfare of the people and the transformation of Guanacaste communities.

Our vision is that partnerships between businesses, individuals, institutions and other communities will foster the transformation of the communities neighboring the Gulf of Papagayo in a manner that will allow them to reach the socio-economic levels enjoyed by other regions of the country.

The reality of Guanacaste differs from the rest of the country. The levels of poverty, unemployment, and education are lower and therefore it is necessary to promote opportunities to people from these communities.

Guanacaste is a province with enormous social needs. According to the Seventeenth Report of the State of the Nation, there are 119,327 poor people in Guanacaste from a total of 316.634 residents and a 9.6 percent rate of unemployment (compared to a rate of 7.5 in national terms).

According to the National Institute of Statistics and Census (INEC), Guanacaste has 747 slums. In addition, there are 3,691 homes without inside plumbing and 4,797 without electricity. Thirty-two percent of households do not have access to garbage collection.

Creciendo Juntos is a community effort, to address these challenges here are our partners. 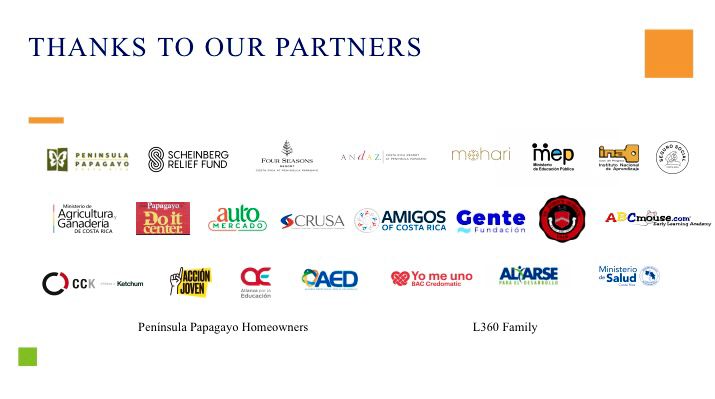